Task scheduler for the Internet Computer

The only way to achieve such a behaviour before was to introduce an off-chain component, that will wait the time you need and then call canister's functions you want. This component could be either an edge device (such as user's smartphone) or some centralized cloud instance like AWS.

But not anymore. With ic-cron you can do all of this stuff completely on-chain for a reasonable price. No more centralized "clock-bots", no more complex Uniswap-like patterns when each user helps with recurrent task execution. Just schedule a task and your good to go.

And it is just a rust library.

How many cycles does it consume?

I did not run any benchmarking at this moment, but it is pretty efficient. Simple math says it should add around $2/mo overhead considering your canister always having a scheduled task in queue. If the scheduling is eventual (sometimes you have a pending task, sometimes you don't) - it should consume even less.

Q: Does complexity of my tasks adds another overhead to cycles consumption?

A: No! You only pay for what you've coded. No additional cycles are wasted.

Q: What if I have multiple canisters each of which needs this behaviour?

A: In this case you can encapsulate ic-cron into a single separate cron-canister and ask it to schedule tasks for your other canisters.

How does it work?

It is pretty simple. It abuses the IC's messaging mechanics so your canister starts sending a wake-up message to itself. Once this message is received, it checks if there are scheduled tasks which could be executed at this exact moment. If there are some, it passes them to the _cron_task_handler() function one by one, and then sends the special message once again. If no more enqueued tasks left, it stops sending the message. Once a new task is enqueued, it starts to send the message again.

So, basically it uses a weird infinite loop to eventually wake the canister up to do some work.

This macro will implement all the functions you will use: get_cron_state(), cron_enqueue(), cron_dequeue() as well as a new #[update] endpoint for your canister - _cron_pulse(), on which your canister will send the wake-up message.

Basically this macros implements an inheritance pattern. Just like in a regular object-oriented programming language. Check the source code for further info.

Schedules a new task. Returns task id, which then can be used in cron_dequeue() to deschedule the task.

Deschedules the task, removing it from the queue.

Helper macro which will automatically derive TryInto for your enum.

Returns an object which can be used to observe scheduler's state and modify it. Mostly intended for advanced users who want to extend ic-cron. See the source code for further info.

You don't need to modify your .did file for this library to work.

You can reach me out here on github opening an issue, or you could start a thread on dfinity's developer forum.

You're also welcome to suggest new features and open PR's.

Task scheduler for the Internet Computer

Rust single-process scheduling. Ported from schedule for Python, in turn inspired by clockwork (Ruby), and "Rethinking Cron" by Adam Wiggins.

Time-manager of delayed tasks. Like crontab, but synchronous asynchronous tasks are possible, and dynamic add/cancel/remove is supported.

delay-timer Time-manager of delayed tasks. Like crontab, but synchronous asynchronous tasks are possible, and dynamic add/cancel/remove is supported.

Steward Task runner and process manager for Rust. If you're not happy managing your infrastructure with a pile of bash scripts, this crate might be he 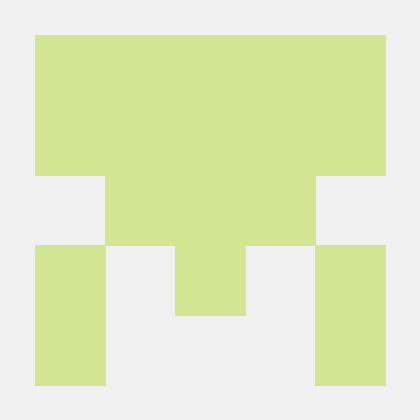 Fang Background job processing library for Rust. Currently, it uses Postgres to store state. But in the future, more backends will be supported.