An 8080 Space Invaders emulator in Rust

This is an 8080 emulator running the 1978 Space Invaders game by Taito, written in Rust. space-invade.rs is my third emulator (the first one was Chip-8 and then an Apple ][ emulator, both written in Kotlin). I chose Rust for this project to experiment with a different design and see how far I could push the performance.

On Windows, you can just cargo run --release.

On macOS, you will need to install SDL2 first (brew install sdl2).

I haven't tested on Linux.

The emulator in this project is close to complete, including:

The emulator also passes the cpudiag diagnostic application, which you can run with cargo test.

The arcade game had quite an interesting architecture, please see the resources section if you need in-depth details. In a nutshell:

The main logic is in the file sdl2.rs, which spawns the emulator in a separate thread. That thread updates the graphic memory which the SDL 2 main loop uses to draw the graphics on the main screen.

The emulator is calibrated to run at 2Mhz with the following logic, which you will find in run_one_frame() in emulator.rs:

This function is called for each frame but the caller will sleep if needed so that the next frame isn't drawn until 16ms have elapsed (60Hz). You can find this code in sdl2.rs. Without this delay, this is what the game at normal speed will look like, running at about 70Mhz instead of 2Mhz:

Note that letting the game run like this for a little while is a good way to test that your code doesn't have any bugs that only show up on the long run...

Despite this, I can't shake the feeling that my Space Invaders is running a bit faster than the original, based on watching some footage of the actual arcade game, but I'm not 100% sure. Feel free to let me know if you find a bug in my timing routine that might explain my impression.

When I wrote my Apple ][ emulator, I first developed the 6502 emulator with a diagnostic file that was extremely thorough, and which gave me a pretty much 100% guarantee that once all these tests pass, my 6502 is flawless and I can now focus on the Apple ][ part without worrying about CPU bugs. I started this project with the same assumption and it was a mistake. Deep into the development, I was displaying graphics that made no sense and after hours of disassembling and understanding what the 8080 code actually does, I ended up finding two CPU bugs which cpudiag had not found.

And one of them was really trivial: I hadn't implemented the MOV E,A instruction correctly. This is a very simple instruction which moves the content of A into E, but I made a typo in my code and moved it into D instead... The other bug was in my implementation of DAD.

Moral of the story: you might have to add tests of your own, and at any rate, you cannot embark on such a project without developing a fluent ability to understand the assembly you are emulating.

Graphics in Rust are still not quite there.

It's becoming a meme now that Rust is struggling in the graphics library department (exhibit A) and in the game department (exhibit B). Finding a library that would make it easy for me to implement this project with very simple requirements (basically just need a frame buffer, possibly some simple GUI widgets) took me way too long. I ended up settling on SDL 2, but the bottom line is that developing GUI's and graphics in Rust on Windows is not exactly a walk in the park.

I'm probably done with this project but if I were to come back to it to improve it, I would probably:

The following documentation was invaluable to pull off this fun project:

Tangram is an automated machine learning framework designed for programmers.

Tangram Tangram is an automated machine learning framework designed for programmers. Run tangram train to train a model from a CSV file on the command

bhtsne Barnes-Hut implementation of t-SNE written in Rust. The algorithm is described with fine detail in this paper by Laurens van der Maaten. Instal

Kalman filtering and smoothing in Rust

TensorFlow Rust provides idiomatic Rust language bindings for TensorFlow. Notice: This project is still under active development and not guaranteed to

l2 is a fast, Pytorch-style Tensor+Autograd library written in Rust 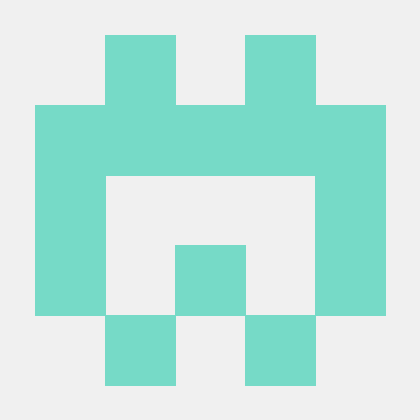 HAL : Hyper Adaptive Learning Rust based Cross-GPU Machine Learning. Why Rust? This project is for those that miss strongly typed compiled languages.

In One Sentence You trained a SVM using libSVM, now you want the highest possible performance during (real-time) classification, like games or VR. Hig

Rust crate to create Anki decks. Based on the python library genanki

genanki-rs: A Rust Crate for Generating Anki Decks With genanki-rs you can easily generate decks for the popular open source flashcard platform Anki.

RusticSOM Rust library for Self Organising Maps (SOM). Using this Crate Add rusticsom as a dependency in Cargo.toml [dependencies] rusticsom = "1.1.0"

Leaf • Introduction Leaf is a open Machine Learning Framework for hackers to build classical, deep or hybrid machine learning applications. It was ins