Dexios is a command-line file encryption utility, suitable for encrypting files before uploading them to a cloud-service. It is written entirely in rust and contains no unsafe code (some dependencies may contain unsafe code, but they have received the correct audits and are deemed secure).

It uses AES-256-GCM encryption with argon2id to generate the encryption key.

It has been tested on Void Linux, but more platforms will be tested in the future.

For securely erasing the file, it's about as good as we will get. It doesn't factor in how the host OS handles things, or the filesystems. It overwrites the file with many random bytes, and then with zeros, before truncating it and "removing" it with the OS.

As mentioned in the AES-GCM crate docs, please enable certain flags while building. For example:

Change native to whichever CPU family/model you are going to be running the code on, if it's going to be ran on a different machine.

Hashing mode uses Blake3 for verification, due to it's speed, security and regular updates. (very ideal for this use case).

This was originally sha3-512 in versions 3.x.x and below, and was KangarooTwelve in 4.x.x (via the tiny_keccak crate) but since v5 it has been changed to Blake3 for a number of reasons.

The tiny_keccak crate hasn't received updates in a long while, and is no longer actively maintained.

The k12 crate is ideal for this situation - but it is rather immature compared to some other hashing implementations, so Blake3 will be our main hashing algorithm, and there are no plans to change this as of yet.

Blake3 also offered some marginal performance benefits, but this could be due to a number of factors.

Version 6 removed JSON entirely, and dropped base64, which really shows in the performance metrics.

The time was determined via /usr/bin/time -f "%e"

In versions 5.x.x and below, the 3.5GiB test file was encrypted at 4.72GiB - this involved a lot of overhead for base64 and a tiny amount with the JSON.

As of version 6, JSON and base64 has been dropped entirely. This has reduced the file size down to be marginally higher than our 3.5GiB test file (284 bytes higher, to be exact).

Dexios can read your key from an environment variable! Just set DEXIOS_KEY and it will automatically be detected and used. Due to using different salts and nonces for every encryption, there is no inherent risk in reusing keys - although it's not a good security practice.

The priority is as follows:

To encrypt a file, and show the hash of the encrypted (output) file for verification later on:

To decrypt a file, and show the hash of the encrypted file beforehand (to compare with the hash generated above):

To encrypt a file, and erase the original file:

To use a keyfile for encryption:

To encrypt all .mp4 files in a directory, we can use find. This works a LOT better with a keyfile/environment variable key as you will have to input the password manually each time otherwise. It will append .enc to the end of your files. You can remove -maxdepth 1 to make this run recursively.

To encrypt all .mp4 files in a directory, and remove the original files once encrypted:

A Rust binary for file encryption to multiple participants.

Kaspa-miner A Rust binary for file encryption to multiple participants. Installation From Sources With Rust's package manager cargo, you can install k

The best crypto you've never heard of, brought to you by Phil Rogaway A misuse resistant symmetric encryption library designed to support authenticate

secrets secrets is a library to help Rust programmers safely held cryptographic secrets in memory. It is mostly an ergonomic wrapper around the memory

A secure development tool box and fintech application made with Rust to be used for developing cryptocurrencies on the blockchain.

Medusa A fast and secure multi protocol honeypot that can mimic realistic devices running ssh, telnet, http, https or any other tcp and udp servers. W

SafeCloset keeps your secrets in password protected files. SafeCloset is designed to be convenient and avoid common weaknesses like external editing o 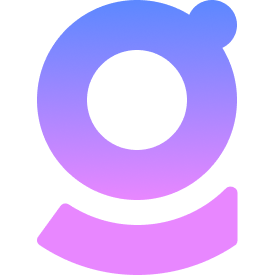 Scrypto Advent Calendar I am publishing new Christmas related Scrypto examples every day from Dec 1st to Dec 25th. "Watch" this project to get notifie

doit.rs A simplified privledge escalation tool. Attempting to combine the memory safety guarantees of Rust with a small, auditable codebase. I was rea