Cove is a TUI client for euphoria.io, a threaded real-time chat platform. It runs on Linux, Windows and macOS.

This section contains instructions on how to install cove by compiling it yourself. It doesn't assume you know how to program, but it does assume basic familiarity with the command line on your platform of choice. Cove runs in the terminal, after all.

Cove is written in Rust, so the first step is to install rustup. Either install it from your package manager of choice (if you have one) or use the installer.

Test your installation by running rustup --version and cargo --version. If rustup is installed correctly, both of these should show a version number.

To install or update to the latest release of cove, run the following command:

If you like to live dangerously and want to install or update to the latest, bleeding-edge, possibly-broken commit from the repo's main branch, run the following command:

To install a specific version of cove, run the following command and substitute in the full version you want to install:

To start cove, simply run cove in your terminal. For more info about the available subcommands such as exporting room logs or resetting cookies, run cove --help.

If you delete rooms, cove's vault (the database it stores messages and other things in) won't automatically shrink. If it takes up too much space, try running cove gc and waiting for it to finish. This isn't done automatically because it can take quite a while. TimeKnight is a neat little TUI-based timer app I use in conjunction with a task tracker. It's kind of a secret sauce for productivity (particularly if you have ADHD or have a ridiculously overactive brain).

An easy-to-use TUI crate for Rust, based off of the Elm architecture.

Rustea An easy-to-use TUI crate for Rust, based off of the Elm architecture. This is a re-implementation of Go's Tea, created by TJ Holowaychuk. Featu A tree-sitter based AST difftool to get meaningful semantic diffs

diffsitter Disclaimer diffsitter is very much a work in progress and nowhere close to production ready (yet). Contributions are always welcome! Summar

A cli prepared with TUI that facilitates your operations.

⚠️ For linux only ⚠️ Helper CLI A cli prepared with TUI that facilitates your operations. Click me to learn more about the theme system. If you just w

A tui to test regexes on the rust regex crate

Harmony chat client in the terminal!

ilo-toki Harmony chat client in the terminal! Usage Run it with cargo run once you've cloned the repo. If you'd like, you can install the program with

Count your code by tokens, types of syntax tree nodes, and patterns in the syntax tree. A tokei/scc/cloc alternative.

tree-sitter-traversal Traversal of tree-sitter Trees and any arbitrary tree with a TreeCursor-like interface. Using cursors, iteration over the tree c 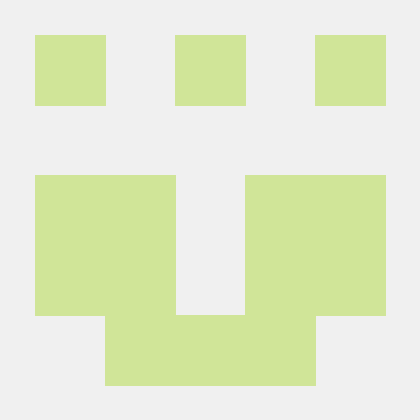 as-tree Print a list of paths as a tree of paths. For example, given: dir1/foo.txt dir1/bar.txt dir2/qux.txt it will print: . ├── dir1 │ ├── foo.tx

Steam TUI About Just a simple TUI client for steamcmd. Allows for the graphical launching, updating, and downloading of steam games through a simple t

A user-friendly TUI client for Matrix written in Rust!

Konoha A user-friendly TUI client for Matrix written in Rust! Notice: The client is currently not usable and is only hosted on GitHub for version cont

Twitch chat in the terminal.

Twitch Chat IRC, in the terminal. What it looks like: Keybinds: Normal mode Key Description ? Have the keybinds window appear. i Enter insert mode for

Twitch chat in the terminal.

Twitch chat in the terminal. What it looks like: Keybinds: Normal mode Key Description c Go to the chat window chat. i Enter input mode for sending me