Xaynet: Train on the Edge with Federated Learning

Want a framework that supports federated learning on the edge, in desktop browsers, integrates well with mobile apps, is performant, and preserves privacy? Welcome to XayNet, written entirely in Rust!

Frameworks for machine learning - including those expressly for federated learning - exist already. These frameworks typically facilitate federated learning of cross-silo use cases - for example in collaborative learning across a limited number of hospitals or for instance across multiple banks working on a common use case without the need to share valuable and sensitive data.

This repository focusses on masked cross-device federated learning to enable the orchestration of machine learning in millions of low-power edge devices, such as smartphones or even cars. By doing this, we hope to also increase the pace and scope of adoption of federated learning in practice and especially allow the protection of end user data. All data remains in private local premises, whereby only encrypted AI models get automatically and asynchronously aggregated. Thus, we provide a solution to the AI privacy dilemma and bridge the often-existing gap between privacy and convenience. Imagine, for example, a voice assistant to learn new words directly on device level and sharing this knowledge with all other instances, without recording and collecting your voice input centrally. Or, think about search engine that learns to personalise search results without collecting your often sensitive search queries centrally… There are thousands of such use cases that right today still trade privacy for convenience. We think this shouldn’t be the case and we want to provide an alternative to overcome this dilemma.

Concretely, we provide developers with:

The case for writing this framework in Rust

The programming language in which this framework is written should therefore give us strong support for the following:

Rust is one of the very few choices of modern programming languages that meets these requirements:

There are a few different ways to run the backend: via docker, or by deploying it to a Kubernetes cluster or by compiling the code and running the binary manually.

With Xaynet v0.11 the coordinator needs a connection to a redis instance in order to save its state.

Don't connect the coordinator to a Redis instance that is used in production!

We recommend connecting the coordinator to its own Redis instance. We have invested a lot of time to make sure that the coordinator only deletes its own data but in the current state of development, we cannot guarantee that this will always be the case.

The convenience of using the docker setup is that there's no need to setup a working Rust environment on your system, as everything is done inside the container.

Run an image from Docker Hub

Docker images of the latest releases are provided on Docker Hub.

You can try them out with the default configs/docker-dev.toml by running:

The docker image contains a release build of the coordinator without optional features.

Run a coordinator with additional infrastructure

Start the coordinator by pointing to the docker/docker-compose.yml file. It spins up all infrastructure that is essential to run the coordinator with default or optional features. Keep in mind that this file is used for development only.

If you would like, you can create an optimized release build of the coordinator, but keep in mind that the compilation will be slower.

Build a coordinator with optional features

Optional features can be specified via the build argument COORDINATOR_FEATURES.

To deploy an instance of the coordinator to your Kubernetes cluster, use the manifests that are located inside the k8s/coordinator folder. The manifests rely on kustomize to be generated (kustomize is officially supported by kubectl since v1.14). We recommend you thoroughly go through the manifests and adjust them according to your own setup (namespace, ingress, etc.).

Remember to also check (and adjust if necessary) the default configuration for the coordinator, available at k8s/coordinator/development/config.toml.

Keep in mind that the ingress configuration that is shown on k8s/coordinator/development/ingress.yaml relies on resources that aren't available in this repository, due to their sensitive nature (TLS key and certificate, for instance).

To verify the generated manifests, run:

The coordinator without optional features can be built and started with:

The example can be found under rust/examples/. It uses a dummy model but is network-capable, so it's a good starting point for checking connectivity with the coordinator.

Make sure you have a running instance of the coordinator and that the clients you will spawn with the command below are able to reach it through the network.

For more in-depth details on how to run examples, see the accompanying Getting Started guide under rust/xaynet-server/src/examples.rs.

If you have any difficulties running the project, please reach out to us by opening an issue and describing your setup and the problems you're facing.

Weld Documentation Weld is a language and runtime for improving the performance of data-intensive applications. It optimizes across libraries and func 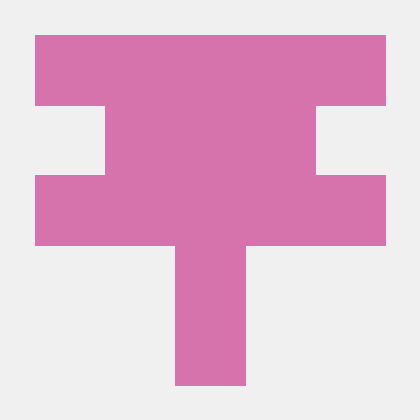 Private-ID Private-ID is a collection of algorithms to match records between two parties, while preserving the privacy of these records. We present tw

A privacy-preserving blockchain on Substrate

Zerochain Zerochain is a generic privacy-protecting layer on top of Substrate. It provides some useful substrate modules and toolkit for protecting us

janus Janus is an experimental implementation of the Privacy Preserving Measurement (PPM) specification. It is currently in active development. Runnin

privacy-sexy Open-source tool to enforce privacy & security best-practices on Windows and MacOs, because privacy is sexy ?? ?? privacy-sexy is a data-

C++ `std::unique_ptr` that represents each object as an NFT on the Ethereum blockchain

C++ `std::unique_ptr` that represents each object as an NFT on the Ethereum blockchain

This represents staked SOL, and can be sold for wSOL in the wSOL/stSOL Liquidity Pool

This represents staked SOL, and can be sold for wSOL in the wSOL/stSOL Liquidity Pool (paying a fee to skip the unstaking cool-down period). The value of your stSOL holdings is automatically incremented each epoch when staking rewards are paid.

Hitbox is an asynchronous caching framework supporting multiple backends and suitable for distributed and for single-machine applications.

Hitbox is an asynchronous caching framework supporting multiple backends and suitable for distributed and for single-machine applications.

Federated blogging application, thanks to ActivityPub (now on https://git.joinplu.me/ — this is just a mirror)

Plume Website — Documentation — Contribute — Instances list Plume is a federated blogging engine, based on ActivityPub. It is written in Rust, with th 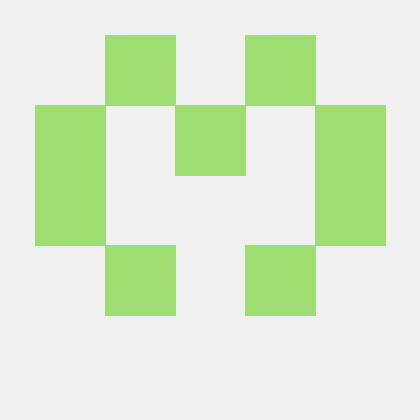 MiniMint is tested and developed using rust stable, you can get it through your package manager or from rustup.rs.