Rust-WebSocket is a WebSocket (RFC6455) library written in Rust.

Rust-WebSocket provides a framework for dealing with WebSocket connections (both clients and servers). The library is currently in an experimental state, but provides functionality for both normal and secure WebSockets, a message level API supporting fragmentation, a data frame level API, and the ability to extend and customize behaviour.

To add a library release version from crates.io to a Cargo project, add this to the 'dependencies' section of your Cargo.toml:

To add the library's Git repository to a Cargo project, add this to your Cargo.toml:

Note that 0.24.0 is the last version of rust-websocket that supports some very old Rust versions (I'm not sure which exactly, maybe 1.28).

The library can be compiled with tests and benches and some extra capabilities on Rust nightly. To enable the nightly features, use cargo --features nightly ....

See the documentation for the latest release of the library here, and also the examples, which are located in /examples and can be run with:

And in a separate terminal:

The library can be tested using cargo test to run tests and cargo bench to run bench tests.

A number of tests are included, which ensure core WebSocket functionality works as expected. These tests are not yet comprehensive, and are still being worked on.

To test the client implementation, and

To test the server implementation. The spec files are available here.

The results of these tests are available here.

Before you make a PR be sure to run all the tests!

Permission is hereby granted, free of charge, to any person obtaining a copy of this software and associated documentation files (the "Software"), to deal in the Software without restriction, including without limitation the rights to use, copy, modify, merge, publish, distribute, sublicense, and/or sell copies of the Software, and to permit persons to whom the Software is furnished to do so, subject to the following conditions:

The above copyright notice and this permission notice shall be included in all copies or substantial portions of the Software.

THE SOFTWARE IS PROVIDED "AS IS", WITHOUT WARRANTY OF ANY KIND, EXPRESS OR IMPLIED, INCLUDING BUT NOT LIMITED TO THE WARRANTIES OF MERCHANTABILITY, FITNESS FOR A PARTICULAR PURPOSE AND NONINFRINGEMENT. IN NO EVENT SHALL THE AUTHORS OR COPYRIGHT HOLDERS BE LIABLE FOR ANY CLAIM, DAMAGES OR OTHER LIABILITY, WHETHER IN AN ACTION OF CONTRACT, TORT OR OTHERWISE, ARISING FROM, OUT OF OR IN CONNECTION WITH THE SOFTWARE OR THE USE OR OTHER DEALINGS IN THE SOFTWARE.

An aria2 websocket jsonrpc in Rust.

Jamsocket is a lightweight framework for building WebSocket-based application backends.

Jamsocket is a lightweight framework for building services that are accessed through WebSocket connections.

Jamsocket Jamsocket is a lightweight framework for building services that are accessed through WebSocket connections. Services can either be native Ru

The ever fast websocket tunnel built on top of lightws

Kaminari The ever fast websocket tunnel built on top of lightws. Intro Client side receives tcp then sends [tcp/ws/tls/wss]. Server side receives [tcp 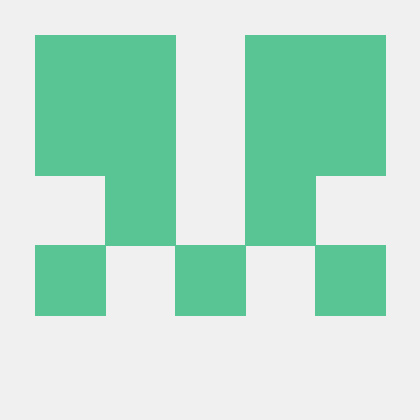 A webserver and websocket pair to stop your viewers from spamming !np and "what's the song?" all the time.

spotify-np ?? spotify-np is a Rust-based local webserver inspired by l3lackShark's gosumemory application, but the catch is that it's for Spotify! ??

ChatApp made using the standard library net module and tui-rs.

urlshortener-rs A very simple urlshortener for Rust. This library aims to implement as much URL shortener services as possible and to provide an inter

Aper is a framework for real-time sharing of application state over WebSockets.

This is a template repo for eframe, a framework for writing apps using egui.

Composable WebSockets made easy, for Rust 🦀

ezsockets Have you ever struggle with creating a WebSocket server or a client in Rust? This crate is for you. High level abstraction of WebSocket, han