Termscp is a feature rich terminal file transfer and explorer, with support for SCP/SFTP/FTP/S3. So basically is a terminal utility with an TUI to connect to a remote server to retrieve and upload files and to interact with the local file system. It is Linux, MacOS, FreeBSD and Windows compatible.

If you're considering to install termscp I want to thank you ! I hope you will enjoy termscp!
If you want to contribute to this project, don't forget to check out our contribute guide.

If you are a Linux, a FreeBSD or a MacOS user this simple shell script will install termscp on your system with a single command:

while if you're a Windows user, you can install termscp with Chocolatey:

For more information or other platforms, please visit veeso.github.io to view all installation methods.

If you're looking on how to update termscp just run termscp from CLI with: (sudo) termscp --update

These requirements are not forced required to run termscp, but to enjoy all of its features

If you like termscp and you'd love to see the project to grow and to improve, please consider a little donation to support me on Buy me a coffee

or, if you prefer, you can also donate on PayPal:

The user manual can be found on the termscp's website or on Github.

The developer documentation can be found on Rust Docs at https://docs.rs/termscp

Major termscp releases will now be seasonal, so expect 4 major updates during the year.

Along to new features, termscp developments is now focused on UX and performance improvements, so if you have any suggestion, feel free to open an issue.

Contributions, bug reports, new features and questions are welcome! If you have any question or concern, or you want to suggest a new feature, or you want just want to improve termscp, feel free to open an issue or a PR.

termscp is powered by these awesome projects:

You can read the entire license HERE

24 years old, software and web developer and geek. I mostly develop in Rust, Elixir and Python.

massh 1 library and 2 binary crates to run SSH/SCP commands on a "mass" of hosts in parallel. The binary crates are CLI and GUI "frontends" for the li

A library that creates a terminal-like window with feature-packed drawing of text and easy input handling. MIRROR.

Gex Git workflow improvement CLI tool inspired by Magit. This project is still under initial development, but I am actively dogfooding it and features

automachef-save Automachef by HermesInteractive encrypts it's save files with the user's account ID (Steam, Epic) or a static key (GOG, Twitch). The I 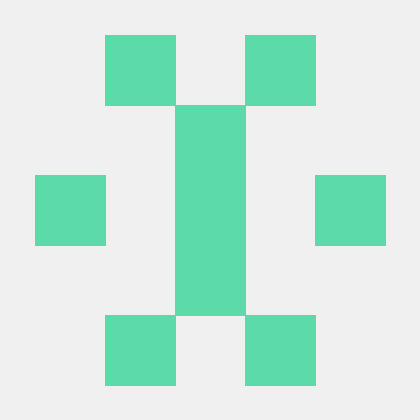 Store your transfer.sh links, so you can remember them later and know when they will expire, but now written in Rust.

Transfer.sh helper Rusted The idea of the script is to store your transfer.sh links and simplify its usage, so you can remember them later and know wh

Detects whether a terminal supports color, and gives details about that support

Detects whether a terminal supports color, and gives details about that support. It takes into account the NO_COLOR environment variable. This crate i

Firefox used to have this feature a while back (from Firefox 11 to 46) and it is so good, that I feel it needs revival.

An abstract, safe, and concise color conversion library for rust nightly This requires the feature adt_const_params

colortypes A type safe color conversion library This crate provides many methods for converting between color types. Everything is implemented abstrac

A command-line tool aiming to upload the local image used in your markdown file to the GitHub repo and replace the local file path with the returned URL.

rChore A feature packed unofficial Google Tasks CLI to boost your producitvity, written purely in Rust. ?? What is rChore? rChore is an unofficial Goo

Use asynchronous api requests in conjunction with yew's suspense feature

A tool for determining file types, an alternative to file