The goal of s3d is to provide a daemon for edge platforms (e.g. factory servers planes ships cars laptops mobile devices wearables ...) that connect to a central object storage (aka Hub).

Worth mentioning that the choice of the Rust language is a natural fit for the edge systems, as it is a modern language with a focus on functionality, safety and performance. s3d builds with the rust toolchain into a single binary that loads a yaml config file, which makes it easy to set up and configure in standalone linux or containerized environments like Kubernetes.

This project is still Experimental

This means it's a great time to affect its direction!

If you find it interesting or want to contribute, please feel free to communicate using these options:

To start using s3d you need to install it, run it, and configure your data workflows.

The following steps illustrate a basic flow of s3d usage:

A language server for lua written in rust

lua-analyzer lua-analyzer is a lsp server for lua. This is mostly for me to learn the lsp protocol and language analysis so suggestions are helpful. T 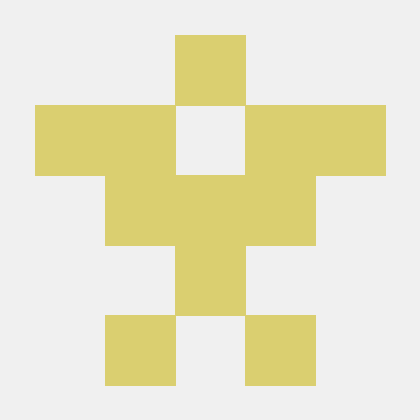 OPENSTAR An opensource diagnostic application for Daimler vehicles inspired by DAS and Xentry. Some of the work here is based on OpenVehicleDiag If yo

Yet another ROS2 client library written in Rust

RclRust Target CI Status Document Foxy (Ubuntu 20.04) Introduction This is yet another ROS2 client library written in Rust. I have implemented it inde

A Discord bot for sending GeoGuessr challenge links that uses the GeoGuessr API written in rust.

Some tools for streaming frames to rpi-rgb-led-matrix using ZeroMQ, written in Rust.

Cross-platform GUI written in Rust using ADB to debloat non-rooted android devices. Improve your privacy, the security and battery life of your device.

Simple Solana Smart Contract Example This repository demonstrates how to create and invoke a program on the Solana blockchain. In Solana the word prog

Netrex A powerful minecraft bedrock software written in RustLang. Why Netrex? It's written in Rust. Unique and straight to the point. Typescript Plugi

Alternative implementation of the Bitwarden server API written in Rust and compatible with upstream Bitwarden clients*, perfect for self-hosted deploy

oreboot is a fork of coreboot, with C removed, written in Rust.

oreboot is a downstream fork of coreboot, i.e. oreboot is coreboot without 'c'.

TAT agent is an agent written in Rust, which run in CVM or Lighthouse instances.

TAT agent is an agent written in Rust, which run in CVM, Lighthouse or CPM 2.0 instances. Its role is to run commands remotely without ssh login, invoked from TencentCloud Console/API. Commands include but not limited to: Shell, PowerShell, Python. TAT stands for TencentCloud Automation Tools. See more info at https://cloud.tencent.com/product/tat.

Milho (corn in portuguese) is a toy dialect of Lisp written as a way to learn more about compilers. There are implementations in rust and go

inline-rust This is a stupid macro inspired by inline-python that compiles and executes Rust and spits the output directly into your Rust code. There