This repo is my investigation into using Rust for creative audio coding on various platforms (e.g. desktop, web, etc.), but especially for targeting the web. wasm-gc Note: you probably don't need to use this project. This project is no longer necessary to run by hand, nor do you need the wasm-gc executable

Just a little game I made in a day to try out the WASM-4 fantasy console.

Dodgeball This is just a little game I made in a day to try out the WASM-4 fantasy console. Play it here. The palette is SODA-CAP by Cappuchi. License

TSS of GG18 by WASM, for Confidential Transaction Generation and Signing

Using unsafe for Fun and Profit A guide to traversing the FFI boundary between Rust and other languages. A rendered version is available here. This gu 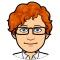 GitLab making it look like I don't code anymore.

Mina-rs An implementation of Mina protocol in Rust, with focus on web and Wasm compatibility ** As you can probably tell this is a WIP! Don't use for

A self-guided learning project that includes Rust + Wasm together

A self-guided learning project that includes Rust + Wasm together. Who knows, maybe Typescript and React joins too..

This library enables you to write and use React components in Rust, which then can be exported to JS to be reused or rendered.

Install `wasm-pack` by downloading the executable

`wasm-snip` replaces a WebAssembly function's body with an `unreachable`

wasm-snip wasm-snip replaces a Wasm function's body with an unreachable instruction. API Docs | Contributing | Chat Built with ?? ?? by The Rust and W