command line tools for coprolite research (paleontology and archaeology): estimate the producer's body mass based on coprolite diameter by the use of regression models

coprosize employs power, exponential and cubic regression models allowing to estimate the producer's body mass based on coprolite diameter. Models can be chosen accordingly to the supposed producer's taxon (at this stage of program development, only tetrapod models are implemented) and its diet type (carnivorous, herbivorous, omnivorous, unspecified). Implemented regression formulae are provided in Supplement 1. Regression models and constructed based on the data given in Supplement 2. Scat diameters and body masses.

As it is aimed for science, coprosize is written in Rust. The reasons for this choice are (1) the high code correctness guaranteed by Rust, (2) to ensure that each program version will be accessible in the registry 'in perpetuity' and (3) that each program version will remain easily installed and cross-platform 'in perpetuity', thanks to the Rust's strict policy of backwards compatibility.

[Static link to a changeable image of the most recent version of coprosize! This may include pre-releases!] [Static links to changeable images of the most recent version of coprosize! This may include pre-releases!] Please, always refer to a specific program version--implemented formulae are subject to change if new data are available (or simply studied by the author) or bugs of any kind are detected. Although coprosize is designed with the needs of a user in mind, you are perfectly OK to use my models in your study without really installing it as long as you cite this computer program as the original source:

You are also OK to modify and fork coprosize under terms of the MIT license. It is moreover possible to link against coprosize using its library as a dependency for other bioinformatics projects (see public functions). The usage is best explained by example:

Add to your Cargo.toml file:

Put in your src/main.rs file:

The above program will reuse the internal library of coprosize. Note that 'diameter' must be given as a string slice (of numbers and optionally including a dot)--the library won't work receiving neither an integer nor a floating point.

coprosize should run smoothly on Windows and macOS, and can be installed by the use of cargo. Yet, it is being developed and tested on Fedora Linux.

1. Install from crates.io by the use of cargo:

By default, the file will be downloaded to .cargo/bin/, a hidden folder in your home directory.

2b. Alternatively, add ~/.cargo/bin directory to your PATH variable (see documentation of your shell).

1. Download the binary 'coprosize' for Linux x86_64 from GitHub:

3a. Install coprosize via copying the binary to /usr/bin/

3b. On Fedora Silverblue / Kinoite:

Download the coprosize source from GitHub. Then, build and install the program:

Miscellaneous command-line tools Please note that this software is not "open source", but the source is available for use and modification by individu

promkit A toolkit for building your own interactive command-line tools in Rust, utilizing crossterm. Getting Started Put the package in your Cargo.tom

A shell for research papers

Reason: A Shell for Research Papers Did I ever read this paper? Which OSDI 2021 papers did I read? Which ones have the word 'Distributed' in their tit

NTPD-rs NTPD-rs is an implementation of NTP completely written in Rust, with a focus on exposing a minimal attack surface. The project is currently in

Utility library for some Lenovo IdeaPad laptops. Supports IdeaPad Intel and AMD Models (15IIL05 and 15ARE05)

ideapad A Rust utility library for some Lenovo IdeaPad specific functionality. A Fair Warning This crate calls raw ACPI methods, which on the best cas

This repository contains the source code of Unix speak program that appeared in the Third (1973) to Sixth (1975) Research Unix editions, slightly adjusted to run on a modern computer. Details on the code's provenance and the methods employed for reviving it can be found in this blog post.

Help Skelly to find bones, combine them to build his body back

Bones Collector Help Skelly to find bones, combine them to build his body back! Game made for the bevy Jam#2. Play it here in your browser: itch.io! R

massh 1 library and 2 binary crates to run SSH/SCP commands on a "mass" of hosts in parallel. The binary crates are CLI and GUI "frontends" for the li

zabbix-tools A CLI tool for interacting with Zabbix API built in Rust. Designed for Zabbix 6.0. Functions added to test API and add hosts manually or 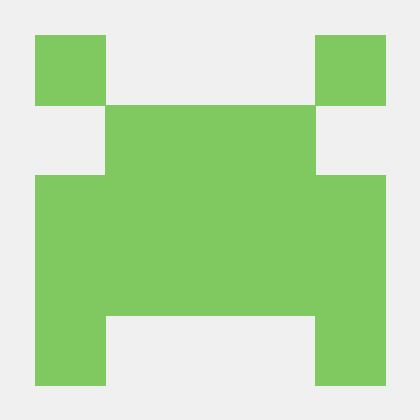 Damae Damae is a simple CLI tool for mass-deleting tweets. Its name comes from the Latin phrase "damnatio memoriae", which means "condemnation of memo

Call is an easy-to-use command tools for remote development.