A tiny, neat C library that portably invokes native file open, folder select and save dialogs. Write dialog code once and have it pop up native dialogs on all supported platforms. Avoid linking large dependencies like wxWidgets and qt. NFD uses Premake5 generated Makefiles and IDE project files. The generated project files are checked in under build/ so you don't have to download and use Premake in most cases.

If you need to run Premake5 directly, further build documentation is available.

Previously, NFD used SCons to build. As of 1.1.6, SCons support has been removed entirely.

The makefile offers up to four options, with release_x64 as the default.

On Linux, you have the option of compiling and linking against GTK. If you use it, the recommended way to compile is to include the arguments of pkg-config --cflags --libs gtk+-3.0.

Alternatively, you can use the Zenity backend by running the Makefile in build/gmake_linux_zenity. Zenity runs the dialog in its own address space, but requires the user to have Zenity correctly installed and configured on their system.

On Mac OS, add AppKit to the list of frameworks.

On Windows, ensure you are linking against comctl32.lib.

There is a form of file filtering in every file dialog API, but no consistent means of supporting it. NFD provides support for filtering files by groups of extensions, providing its own descriptions (where applicable) for the extensions.

A wildcard filter is always added to every dialog.

txt The default filter is for text files. There is a wildcard option in a dropdown.

png,jpg;psd The default filter is for png and jpg files. A second filter is available for psd files. There is a wildcard option in a dropdown.

I accept quality code patches, or will resolve these and other matters through support. See contributing for details.

Directed support for this work is available from the original author under a paid agreement.

?? nfd2 nfd2 is a Rust binding to the nativefiledialog library, that provides a convenient cross-platform interface to opening file dialogs on Windows 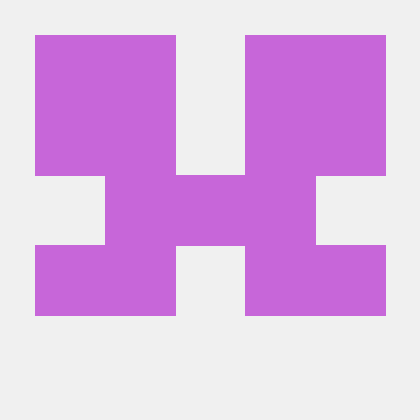 LiveView Native Core This repository contains an implementation of the LiveView Native core library, which is intended to handle all the details which

Bookx An MVP in progress: An ebook reader with .epub support Context menu for each book (delete, rename book, info) On click switch the carousal to th

File system enumerator and file monitor for Android. Built to be compatible with other command line utilties! This tool was created to somewhat automa

Szyszka is a simple but powerful and fast bulk file renamer.

A react-inspired UI library for building multimedia desktop apps with rust and vulkan.

narui A react-inspired UI library for building multimedia desktop apps with rust and vulkan. declarative UI with Ergonomics similar to React with hook