While this depends on more c code than rust() code to compile, because rust() is magically memory safe, now all c code is memory safe too

This project is very minimal, it only requires 1092 crates

To compile this project you need only one library :

You probably have most of them already, if it says something along the words, you know what to search for now

Then you can just make and the compiled executable should be located in ./target/release/hello-world run it or install it with make install .

Due to the lightweightness of rust(), unlike node_modules being fairly large for few dependencies, rust() manages compile caches efficiently and stores them to storage to save compile times! Just 33G target folder, the compile time is only around 2 hours and 30 minutes on my mac on release mode

A clean build makes it take around 3.8G

The CPU usage is pretty minimal too (release mode) 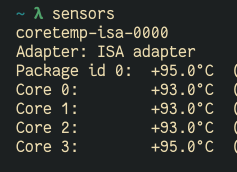 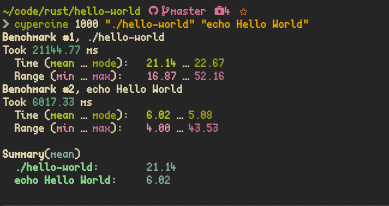 It is slower than echo but memory safety comes at a cost! We need to be memory chad and blazing pure and lightning based

Here are my takes on that matter

C in "c language" stands for cringe and CVE

Here are the comments from few of my fellow Rustaceans

People ask the question "what's rust() good for?" pretty frequently, and little terminal apps like this are precisely the reason. [...]. It enables a kind of workflow that simply didn't exist before: I could have a fully safe, "correct", LLVM-optimized binary installed on my desktop in an afternoon.

I think it would make rust() more productive if rust() could absorb Python's ecosystem(many mature wheels) as soon as possible.

One thing I like about rust() is that it filters out lazy/sloppy thinkers. Even when I disagree with another rust() programmer, there is a certain level of respect that comes from knowing that they thought about the problem deeply enough to pass the borrow checker.

The thing I hate about rust() the most is that all the other languages feel extra dumb and annoying once I learned borrowing, lifetimes etc.

"I feel like the discovery of rust() is transporting me back to my younger self [...]" "When I started learning rust() in earnest in 2018, I thought this was a fluke. It is just the butterflies you get when you think you fall in love, I told myself."

rust() can handle CPU-intensive operations such as executing algorithms.

Many people try to compare rust() to Go, but this is flawed. Go is an ancient board game that emphasizes strategy. rust() is more appropriately compared to Chess, a board game focused on low-level tactics.

rust()'s unsafe keyword is a critical innovation for information security. I believe that Safe rust() will eventually be a foundational technology for all of human society.

I wish I had a compiler (one as informative as rust()'s would be amazing) but for Japanese. If I could learn Japanese the way I learn programming I'd be conversationally fluent by now.

rust() held onto it’s spot as the most beloved language among the professional developers we surveyed. That said, the majority of developers who took the survey aren’t familiar with the language.

I've experienced modern package management through Cargo and anything below that level now seems like returning to stone age.

I probably can write same code in c, but since rust() is rust(), I need to (re)write in rust()

Wait its only time until rust() makes assembly memroy safe.

Done lots of C/C++/Python is the past, just started learning node/JS recently. Just kicked off a rust() tutorial, you people obviously already know this, but rust() is basically all the awesomeness of C++ smashed together with all the awesomeness and dependency management of JS. Looking forward to learning more rust() in the future!

All C/C++ devs are absolute fools, they are wasting their time writing c/c++ when instead they could write in rust()!!!!

As a rust() developer, I have no idea how any of this or computers actually works, but its cool to ask people in discord.gg/rust() for all help and write code

Hello, I am good with c, python, java and c++ and mess round with other langs. I like doing cli and gamedev projects.

Redirect Deno dependencies from semantic versions to the newest fitting version on deno.land/x

Deno Semver Redirect Redirect Deno dependencies from semantic versions to the newest fitting version on deno.land/x. See also this Deno Issue. How to 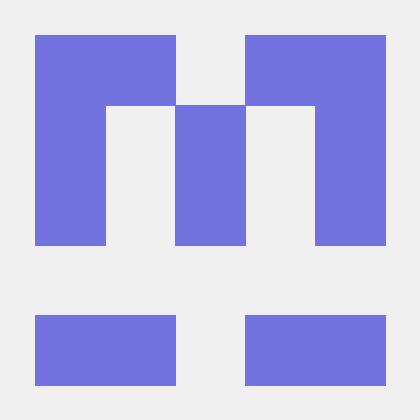 tiny-lsm Super simple in-memory blocking LSM for constant-size keys and values. Despite being single-threaded and blocking, this is still capable of o

A blazingly fast static web server with routing, templating, and security in a single binary you can set up with zero code. :zap::crab:

binserve ⚡ ?? A blazingly fast static web server with routing, templating, and security in a single binary you can set up with zero code. ?? UPDATE: N

Tower Web A web framework for Rust with a focus on removing boilerplate. API Documentation Tower Web is: Fast: Fully asynchronous, built on Tokio and

zap ⚡ The mission of zap is, to deliver a basic, but fast rust web server library. Documentation About This code is based on tokio's minihttp project,

crust a real fast minecraft api (huge emphasis on W I P!!!) read the docs built with this section should list any major frameworks that you built your

static-server simple static file server written in Rust based on axum framework I'm learning Rust and axum. My thought is simple. axum has a static-fi

MicroBin MicroBin is a super tiny and simple self hosted pastebin app written in Rust. The executable is around 6MB and it uses 2MB memory (plus your

handle some lichess.org/tournament load with rust, while learning rust

lila-http Take some of the HTTP load away from lila. WIP! Arena tournaments Clients connected to a tournament page request new data about the tourname