Bringing immutable infrastructure to the desktop!

Normal people don't reinstall their OS from scratch very often. When they do, the moment they reach that pristine desktop or terminal after a clean installation, all hell breaks loose. Settings get changed, applications are installed, bloatware is removed, files get downloaded here and there. The system is generally altered from its original state into a new "customized" state by a manual flurry of mouse clicks and key presses.

If you think about your system like a server, this approach is called mutable infrastructure, meaning you mutate the state of your system repeatedly until it eventually suits your needs. And when something goes awry, you have to make the necessary changes to get it back in line.

For normal people, mutable infrastructure works out fine until something major breaks or they have to migrate to a new computer altogether. In these cases, they probably end up starting over from scratch and have to reapply their changes again (and probably differently this time).

Slightly less normal people might have scripts or even use a configuration management tool like Ansible or Puppet to automate all of those customizations. This is great, but you can't start at a boot prompt and immediately run an Ansible playbook. Something (or someone) has to install the OS before the automation can be "kicked off". Also, configuration management tools have limited scope.

Truly sophisticated computer elites practice immutable infrastructure. Meaning that, every time they boot their system, its state begins identically to the time before. Any changes that are made during the course of runtime vanish on reboot. This approach has some real benefits, but requires quite a bit of effort from the user.

If you're looking to achieve something close to immutable infrastructure without creating a lot of extra work for yourself, you've come to the right place.

In the goldboot approach, you choose a starting template containing an absolutely minimal install of your favorite OS. Then you create provisioners which are the scripts that add all of your customizations on top of the template. From these pieces, goldboot builds a machine image ready to be deployed to real hardware.

Warning: this tool is totally unfinshed and should be used for testing only! Proceed at your own risk!

goldboot is a command-line utility similar in nature to Packer that builds machine images for both servers and workstations alike.

The CLI is designed to run locally or in the cloud from a CI pipeline.

The golden images that goldboot produces can be deployed through a bootable Linux USB stick with a graphical user interface.

The goldboot command can create a bootable USB stick and include images on it.

There's also an optional HTTP server that hosts goldboot images over the network. goldboot-linux is capable of downloading images from a registry and applying it to the local machine.

The following table shows planned support (nothing here is fully complete yet).

First, create a directory which can later be added to version control:

Initialize the directory and choose the ArchLinux base template to start with:

This will create goldboot.json which contains configuration options that can be tweaked to suit your needs.

For example, we can create scripts to customize the image:

And add it to the goldboot config:

Once the build succeeds, the image will be saved to the system's library directory. To deploy it to a physical disk, you can use a bootable USB drive:

Once the USB is created, you can use it to boot into the goldboot live environment and select an image to write: 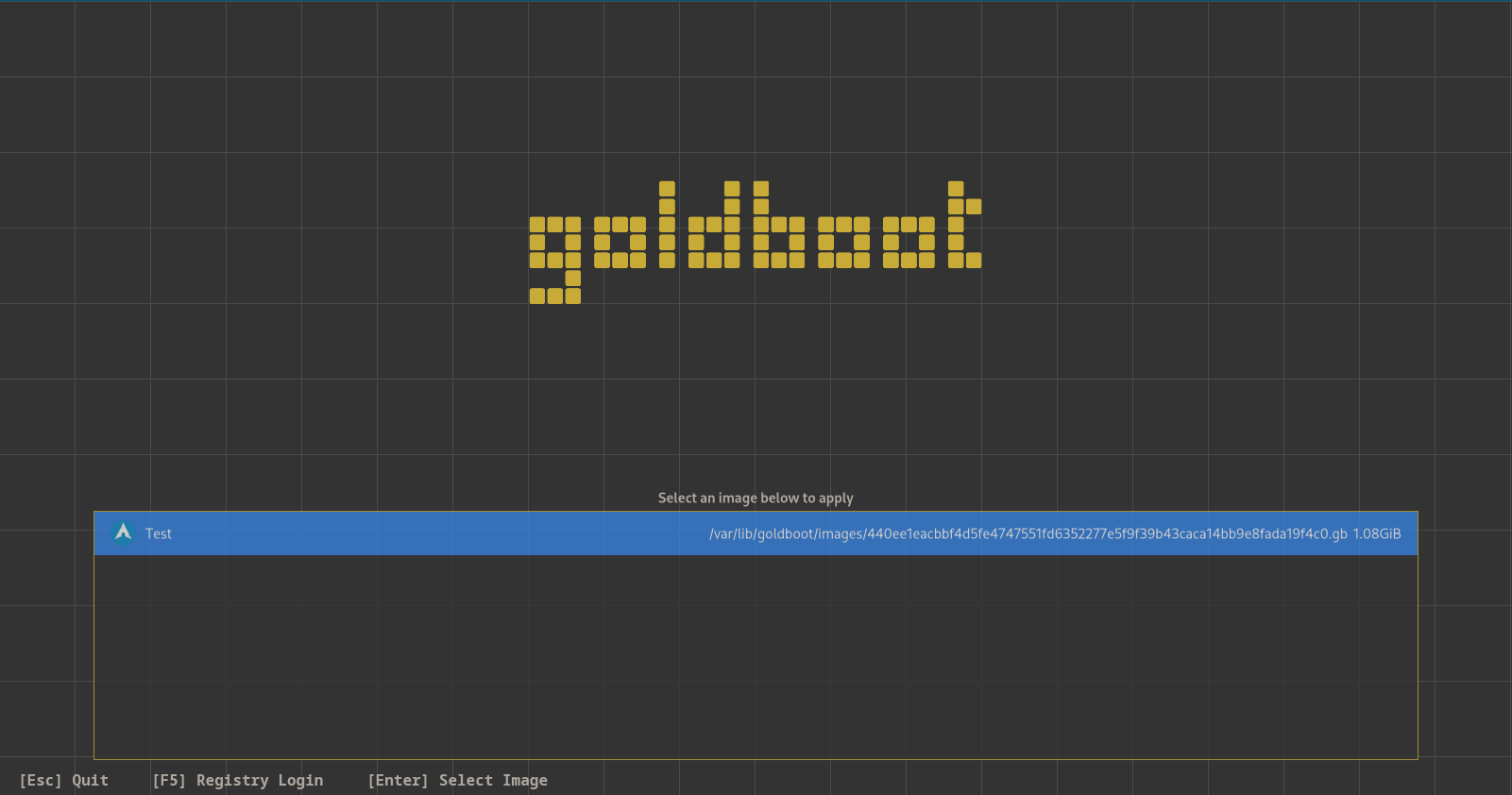 Once the image has been applied, remove the bootable USB drive and reboot the machine.

Bringing support for the EOS-S3 in Rust

eos-s3-rs WIP Bringing support for the EOS-S3 in Rust. Embedded-hal traits implemented: ADC traits digital IO (but must decide what to do with #3) del

🐳 📦 Bringing docker containers to your AUR helper since 2022

imbl Blazing fast immutable collection datatypes for Rust. This is a fork of the im crate, which appears to be unmaintained. (This fork is not current

compact_str A memory efficient immutable string type that can store up to 24* bytes on the stack. * 12 bytes for 32-bit architectures About A CompactS

A flexible, simple to use, immutable, clone-efficient String replacement for Rust

flexstr A flexible, simple to use, immutable, clone-efficient String replacement for Rust Overview Rust is great, but it's String type is optimized as

A flexible, simple to use, immutable, clone-efficient String replacement for Rust

A flexible, simple to use, immutable, clone-efficient String replacement for Rust. It unifies literals, inlined, and heap allocated strings into a single type. 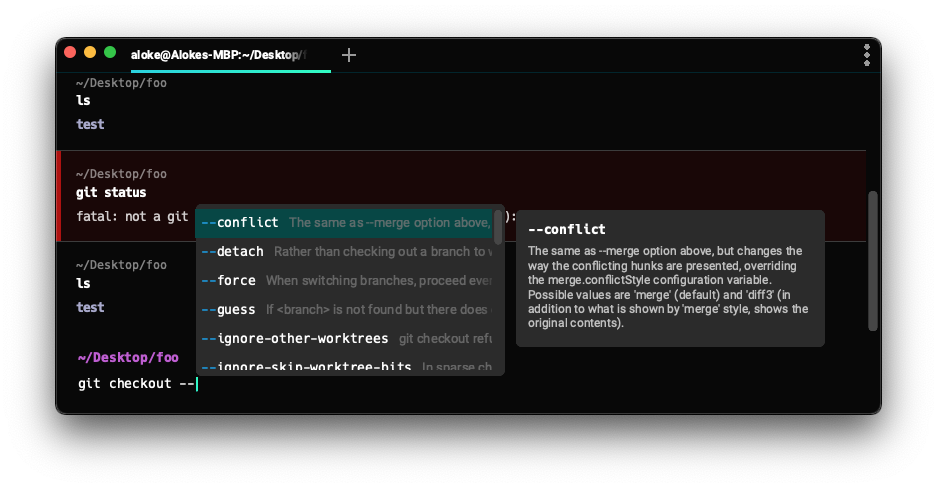 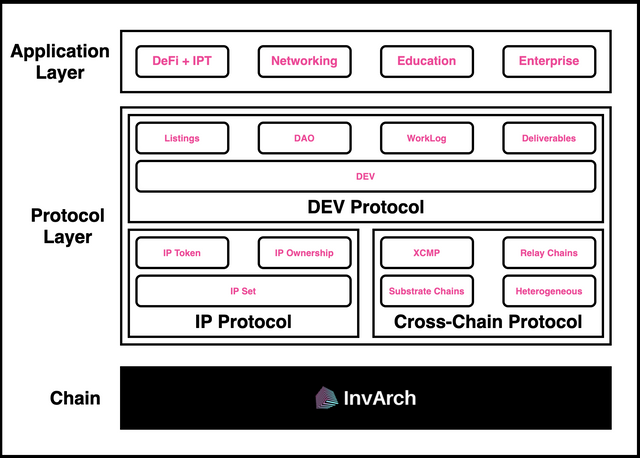 InvArch-Pallet-Library Intro This repository should contains the Pallets used in the InvArch blockchain, and reviews their relationships and functions

ttvm is a runtime and compiler infrastructure written in Rust.

Binaryen Binaryen is a compiler and toolchain infrastructure library for WebAssembly, written in C++. It aims to make compiling to WebAssembly easy, f

Sericum Compiler Infrastructure influenced by LLVM written in Rust Do not expect too much stuff! To Do Implement basic block parameters Make it possib