This crate is a parsing library for Minecraft commands inspired by Mojang's brigadier. It was developed for use with FalconMC but can be used fully indepedently (hence the name).

Unlike Mojang's Brigadier, this library does not make use of nodes internally. Instead, all command parsers are strong-typed and consist of chained types. This allows for fewer allocations than the java version (which uses dynamic arrays (Vec) internally.

Even though it is currently not implemented, it is desired to provide a way to build a node tree from such chained parsers so command definitions can be exchanged between servers and clients using the protocol.

Using the builder pattern, different parsers can be chained together to create a logical tree a command can be propagated through. This library is heavily inspired by nom and uses it for all its agument parsers. See nom for more information.

This snippet creates a new parser that can parse commands in the forms of foo and foo <bar> and can be represented in a tree like this:

Unlike Mojang's brigadier, arguments are not collected in a Context object. They are instead fed directly into the provided closures. A generic context however is provided so dependents can pass data to the closures after parsing.

A HelpArgument is provided to easily integrate a command into a help system. This is done by calling help() on a command parser like this:

The parser can now return foo and Short description of foo when asked, this is useful for collecting a list of commands. This also automatically chains a parser for foo help. The usages variable is an iterator over all the different syntaxes this parser understands. In this example, that would be:

There will be as many syntaxes as action points (build_exec orbuild_propagate) defined. Note that foo help is ignored.

More information on node structures will follow at a later date. Open for contributions.

colorStyle is a library of styles for command-line text write in Rust.

argmax is a library that allows Rust applications to avoid Argument list too long errors (E2BIG) by providing a std::process::Command wrapper with a

argmax argmax is a library that allows Rust applications to avoid Argument list too long errors (E2BIG) by providing a std::process::Command wrapper w

DataBrush DataBrush is a simple library for displaying structured data in the command line. In supports dividing data into chunks and highlighting cer

⌚ A command-line tool (and library) for the rusty Swatch Internet Time.

⌚ A command-line tool (and library) for the rusty Swatch Internet Time. Comes with XBar/Swiftbar support.

THIS CRATE IS UNMAINTAINED This crate is unlikely to see significant future evolution. The primary reason to choose this crate for a new project is if

comfy is a cross-platform command script manager / runner tool, which allows you to run commands in the command line itself, but being these predefined in a portable and universal .comfy file.

Abscissa is a microframework for building Rust applications (either CLI tools or network/web services), aiming to provide a large number of features w

Argument parsing for the future 🚀

tree-sitter Tree-sitter is a parser generator tool and an incremental parsing library. It can build a concrete syntax tree for a source file and effic 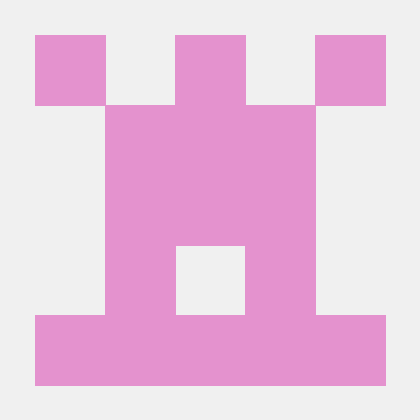 CarLI is a framework for creating single-command and multi-command CLI applications in Rust. The framework provides error and IO types better suited for the command line environment, especially in cases where unit testing is needed.