Rust native Transformer-based models implementation. Port of Hugging Face's Transformers library, using the tch-rs crate and pre-processing from rust-tokenizers. Supports multi-threaded tokenization and GPU inference. This repository exposes the model base architecture, task-specific heads (see below) and ready-to-use pipelines. Benchmarks are available at the end of this document.

The following models are currently implemented:

Based on Hugging Face's pipelines, ready to use end-to-end NLP pipelines are available as part of this crate. The following capabilities are currently available:

Disclaimer The contributors of this repository are not responsible for any generation from the 3rd party utilization of the pretrained systems proposed herein.

Translation using the MarianMT architecture and pre-trained models from the Opus-MT team from Language Technology at the University of Helsinki. Currently supported languages are :

Conversation model based on Microsoft's DialoGPT. This pipeline allows the generation of single or multi-turn conversations between a human and a model. The DialoGPT's page states that

The human evaluation results indicate that the response generated from DialoGPT is comparable to human response quality under a single-turn conversation Turing test. (DialoGPT repository)

The model uses a ConversationManager to keep track of active conversations and generate responses to them.

Generate language based on a prompt. GPT2 and GPT available as base models. Include techniques such as beam search, top-k and nucleus sampling, temperature setting and repetition penalty. Supports batch generation of sentences from several prompts. Sequences will be left-padded with the model's padding token if present, the unknown token otherwise. This may impact the results, it is recommended to submit prompts of similar length for best results

Predicts the binary sentiment for a sentence. DistilBERT model fine-tuned on SST-2.

For simple pipelines (sequence classification, tokens classification, question answering) the performance between Python and Rust is expected to be comparable. This is because the most expensive part of these pipeline is the language model itself, sharing a common implementation in the Torch backend. The End-to-end NLP Pipelines in Rust provides a benchmarks section covering all pipelines.

The base model and task-specific heads are also available for users looking to expose their own transformer based models. Examples on how to prepare the date using a native tokenizers Rust library are available in ./examples for BERT, DistilBERT, RoBERTa, GPT, GPT2 and BART. Note that when importing models from Pytorch, the convention for parameters naming needs to be aligned with the Rust schema. Loading of the pre-trained weights will fail if any of the model parameters weights cannot be found in the weight files. If this quality check is to be skipped, an alternative method load_partial can be invoked from the variables store.

A number of pretrained model configuration, weights and vocabulary are downloaded directly from Hugging Face's model repository. The list of models available with Rust-compatible weights is available at https://huggingface.co/models?filter=rust. The models will be downloaded to the environment variable RUSTBERT_CACHE if it exists, otherwise to ~/.cache/.rustbert. Additional models can be added if of interest, please raise an issue.

In order to load custom weights to the library, these need to be converter to a binary format that can be read by Libtorch (the original .bin files are pickles and cannot be used directly). Several Python scripts to load Pytorch weights and convert them to the appropriate format are provided and can be adapted based on the model needs.

If you use rust-bert for your work, please cite End-to-end NLP Pipelines in Rust:

Thank you to Hugging Face for hosting a set of weights compatible with this Rust library. The list of ready-to-use pretrained models is listed at https://huggingface.co/models?filter=rust.

Untanglr Untanglr takes in a some mangled words and makes sense out of them so you dont have to. It goes through the input and splits it probabilistic

Simple expression transformer that is not Coq.

Noq Not Coq. Simple expression transformer that is not Coq. Quick Start $ cargo run ./examples/add.noq Main Idea The Main Idea is being able to define

An NLP-suite powered by deep learning

DeepFrog - NLP Suite Introduction DeepFrog aims to be a (partial) successor of the Dutch-NLP suite Frog. Whereas the various NLP modules in Frog wre b

Papercraft is a tool to unwrap 3D models.

Papercraft Introduction Papercraft is a tool to unwrap paper 3D models, so that you can cut and glue them together and get a real world paper model. T

Text Expression Runner – Readable and easy to use text expressions

ter - Text Expression Runner ter is a cli to run text expressions and perform basic text operations such as filtering, ignoring and replacing on the c

Rust subtitle utilities Are you looking for substudy? Try here. (substudy has been merged into the subtitles-rs project.) This repository contains a n

nombytes is a library that provides a wrapper for the bytes::Bytes byte container for use with nom.

NomBytes nombytes is a library that provides a wrapper for the bytes::Bytes byte container for use with nom. I originally made this so that I could ha

A backend for mdBook written in Rust for generating PDF based on headless chrome and Chrome DevTools Protocol.

A backend for mdBook written in Rust for generating PDF based on headless chrome and Chrome DevTools Protocol.

Vaporetto: a fast and lightweight pointwise prediction based tokenizer

?? VAporetto: POintwise pREdicTion based TOkenizer Vaporetto is a fast and lightweight pointwise prediction based tokenizer. Overview This repository

🛥 Vaporetto is a fast and lightweight pointwise prediction based tokenizer. This is a Python wrapper for Vaporetto.

?? python-vaporetto ?? Vaporetto is a fast and lightweight pointwise prediction based tokenizer. This is a Python wrapper for Vaporetto. Installation

dpar Introduction dpar is a neural network transition-based dependency parser. The original Go version can be found in the oldgo branch. Dependencies

Airtag glitcher (Bluepill firmware) Simple glitcher firmware running on an STM32F103 on a bluepill board. See https://github.com/pd0wm/airtag-dump for

Difftastic is an experimental structured diff tool that compares files based on their syntax.

Difftastic is an experimental structured diff tool that compares files based on their syntax.

A rule based sentence segmentation library. 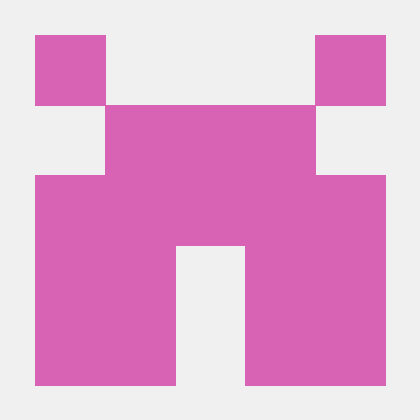