Askama implements a template rendering engine based on Jinja. It generates Rust code from your templates at compile time based on a user-defined struct to hold the template's context. See below for an example, or read the book.

"Pretty exciting. I would love to use this already." -- Armin Ronacher, creator of Jinja

All feedback welcome. Feel free to file bugs, requests for documentation and any other feedback to the issue tracker or tweet me.

Askama was created by and is maintained by Dirkjan Ochtman. If you are in a position to support ongoing maintenance and further development or use it in a for-profit context, please consider supporting my open source work on Patreon.

How to get started

First, add the following to your crate's Cargo.toml:

Now create a directory called templates in your crate root. In it, create a file called hello.html, containing the following:

In any Rust file inside your crate, add the following:

You should now be able to compile and run this code.

A template engine for Rust based on Jinja2/Django

Tera Tera is a template engine inspired by Jinja2 and the Django template language. <title>{% block title %}{% endblock title %}</title> <ul> {% for u

A macro-based html builder for rust

maud Documentation (source) • API reference • Change log Maud is an HTML template engine for Rust. It's implemented as a macro, html!, which compiles

Yarte stands for Yet Another Rust Template Engine

Should we start to worry? bytes-buf feature can produce SIGILL. avx and sse flags are in almost all cpus of x86 and x86_64 architectures. More details 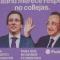 reinda: easily embed and manage assets This library helps you manage your assets (external files) and is mostly intended to be used in web application

A flexible template engine for Rust

Rustache Rustache is a Rust implementation of the Mustache spec. Documentation The different Mustache tags are documented at the mustache(5) man page.

MiniWASM - A minimalist Rust WebAssembly project template This is a minimal Rust-powered WebAssembly application template. It was designed to showcase

Hiccup A Clojure's Hiccup inspired macro. At the moment support for inline code execution is not guaranteed. The main objective of this lib is to prev

A nice template for NEAR repos

Template for a NEAR project If you're looking for a no-std version of this template, go here. Contains: a setup script Cargo.toml setup with simulatio

tide-acme helps you serve HTTPS with Rust and Tide using automatic certificates, via Let's Encrypt and ACME tls-alpn-01 challenges. Documentation To u