A very fast implementation of tldr in Rust

A very fast implementation of tldr in Rust: Simplified, example based and community-driven man pages.

If you pronounce "tldr" in English, it sounds somewhat like "tealdeer". Hence the project name :)

In case you're in a hurry and just want to quickly try tealdeer, you can find static binaries on the GitHub releases page!

User documentation is available at https://dbrgn.github.io/tealdeer/!

The docs are generated using mdbook. They can be edited through the markdown files in the docs/src/ directory.

A tool like tldr should be as frictionless as possible to use. It should be easy to invoke (just tldr tar, not using another subcommand like tldr find tar) and it should show the output as fast as possible.

tealdeer reaches these goals. During a (highly non-scientific) test (see #38 for details), I tested the invocation speed of tldr for a few of the existing clients:

tealdeer was the winner here, although the C client and the Bash client are in the same speed class. Interpreted languages are clearly much slower to invoke, a delay of 170 milliseconds is definitely noticeable and increases friction for the user.

These are the clients I tried but failed to compile or run: Haskell client, Ruby client, Perl client, Go client by anoopengineer, PHP client.

To enable the log output, set the RUST_LOG env variable:

When publishing a Tealdeer release, the Rust version required to build it should be stable for at least a month.

Thanks to @SShrike for coming up with the name "tealdeer"!

A curated list of replacements for existing software written in Rust

Awesome Alternatives in Rust A curated list of replacements for existing software written in Rust. If you want to contribute, please read CONTRIBUTING

An interactive cheatsheet tool for the command-line

navi An interactive cheatsheet tool for the command-line. navi allows you to browse through cheatsheets (that you may write yourself or download from

fd is a program to find entries in your filesystem. It is a simple, fast and user-friendly alternative to find

fd is a program to find entries in your filesystem. It is a simple, fast and user-friendly alternative to find. While it does not aim to support all of find's powerful functionality, it provides sensible (opinionated) defaults for a majority of use cases.

Alacritty is a modern terminal emulator that comes with sensible defaults, but allows for extensive configuration. By integrating with other applications, rather than reimplementing their functionality, it manages to provide a flexible set of features with high performance. The supported platforms currently consist of BSD, Linux, macOS and Windows.

🤖 just is a handy way to save and run project-specific commands.

just just is a handy way to save and run project-specific commands. (非官方中文文档,这里,快看过来!) Commands, called recipes, are stored in a file called justfile

A Text User Interface library for the Rust programming language

Cursive Cursive is a TUI (Text User Interface) library for rust. It uses ncurses by default, but other backends are available. It allows you to build

A novel safe and zero-cost borrow-checking paradigm from the GhostCell paper. Motivation A number of collections, such as linked-lists, binary-trees, 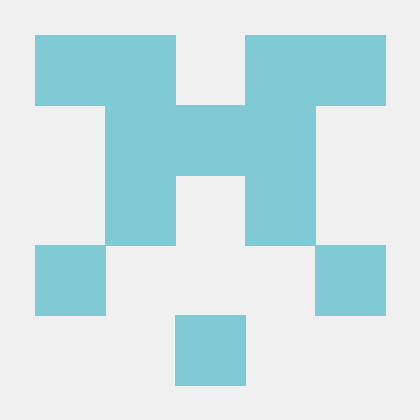 Rust implementation of the termbox library

Rustbox Rustbox is a Rust implementation of termbox. Currently, this is just a wrapper of the C library by nsf, though my plan is to convert it to be

Shell scripting that will knock your socks off

atom Shell scripting that will knock your socks off. NOTE: Click the image above for a video demonstration.

A cat(1) clone with syntax highlighting and Git integration.

A cat(1) clone with syntax highlighting and Git integration. Key Features • How To Use • Installation • Customization • Project goals, alternatives [中

This is choose, a human-friendly and fast alternative to cut and (sometimes) awk

Choose This is choose, a human-friendly and fast alternative to cut and (sometimes) awk Features terse field selection syntax similar to Python's list