Progmem utility for the AVR architecture

Progmem utilities for the AVR architectures.

This crate provides unsafe utilities for working with data stored in the program memory of an AVR micro-controller. Additionally, it defines a 'best-effort' safe wrapper struct ProgMem to simplify working with it.

This crate is implemented only in Rust and some short assembly, it does NOT depend on the avr-libc or any other C-library. However, due to the use of inline assembly, this crate may only be compiled using a nightly Rust compiler.

This crate is specifically for AVR-base micro-controllers such as the Arduino Uno (and some other Arduino boards, but not all), which have a modified Harvard architecture which implies the strict separation of program code and data while having special instructions to read and write to program memory.

While, of course, all ordinary data is stored in the data domain where it is perfectly usable, the harsh constraints of most AVR processors make it very appealing to use the program memory (also referred to as progmem) for storing constant values. However, due to the Harvard design, those values are not usable with normal instructions (i.e. those emitted from normal Rust code). Instead, special instructions are required to load data from the program code domain, i.e. the lpm (load from program memory) instruction. And because there is no way to emit it from Rust code, this crate uses inline assembly to emit that instruction.

However, since a pointer into program code cannot be differentiated from a normal data pointer, it is entirely up to the programmer to ensure that these different 'pointer-types' are not accidentally mixed. In other words, this is unsafe in the context of Rust.

The first part of this crate simply provides a few functions (e.g. read_byte) to load constant data (i.e. a Rust static that is immutable) from the program memory into the data domain, so that sub-sequentially it is normal usable data, i.e. as owned data on the stack.

Because, as aforementioned, a simple *const u8 in Rust does not specify whether is lives in the program code domain or the data domain, all functions which simply load a given pointer from the program memory are inherently unsafe.

Notice that using a &u8 reference might make things rather worse than safe. Because keeping a pointer/reference/address into the program memory as Rust reference might easily cause it to be dereferenced, even in safe code. But since that address is only valid in the program code domain (and Rust doesn't know about it) it would illegally load the address from the data memory, causing undefined behavior!

Since working with progmem data is inherently unsafe and rather difficult to do correctly, this crate introduces the best-effort 'safe' wrapper ProgMem, that is supposed to only wrap data in progmem, thus offering only functions to load its content using the progmem loading function. The latter are fine and safe, given that the wrapper type really contains data in the program memory. Therefore, to keep that invariant up, the constructor is unsafe.

Yet to make that also easier, this crate provides the progmem! macro (it has to be a macro), which will create a static variable in program memory for you and wrap it in the ProgMem struct. It will ensure that the static will be stored in the program memory by defining the #[link_section = ".progmem.data"] attribute on it. This makes the load functions on that struct sound and additionally prevents users to accidentally access that static directly, which, since it is in progmem, would be fundamentally unsound.

As mentioned before, this crate is specifically designed to be use with AVR-base micro-controllers. But since most of us don't write their programs on an AVR system but e.g. on x86 systems, and might want to test them there (well as far as it is possible), this crate also has a fallback implementation for all other architectures that are not AVR, falling back to a simple Rust static in the default data segment. And all the data loading functions will just dereference the pointed-to data, assuming that they just live in the default location.

This fallback is perfectly safe on x86 and friend, and should also be fine on all further architectures, otherwise normal Rust statics would be broken. However, it is an important point to know when for instance writing a library that is not limited to AVR.

Aside from what has been already been covered, the current implementation has two further limitations.

First, since this crate uses an inline assembly loop on a 8-bit architecture, the loop counter only allows values up to 255. This means that not more that 255 bytes can be loaded at once with any of the methods of this crate. However, this only applies to a single continuous load operation, so for instance ProgMem<[u8;1024]>::load() will panic, but accessing such a big type in smaller chunks e.g. ProgMem<[u8;1024]>::load_sub_array::<[u8;128]>(512) is perfectly fine because the to be loaded type [u8;128] is only 128 bytes in size.

Second, since this crate only uses the lpm instruction, which is limited by a 16-bit pointer, this crate may only be used with data stored in the lower 64 kiB of program memory. Since this property has not be tested it is unclear whether it will cause a panic or right-up undefined behavior, so be very wary when working with AVR chips having more then 64 kiB of program memory. This second restriction, of course, dose not apply to non-AVR architectures.

Unless you explicitly state otherwise, any contribution intentionally submitted for inclusion in this project by you, as defined in the Apache-2.0 license, shall be licensed as above, without any additional terms or conditions.

avr-hal Hardware Abstraction Layer for AVR microcontrollers and common boards (for example Arduino). Based on the avr-device crate. This is a new vers

avrd AVR device definitons in Rust. Documentation This crate exposes information about different AVR microcontrollers so it can be used pragmatically.

nomino Batch rename utility for developers How to install Pre-Compiled You can download a pre-compiled executable for Linux, MacOS and Windows operati 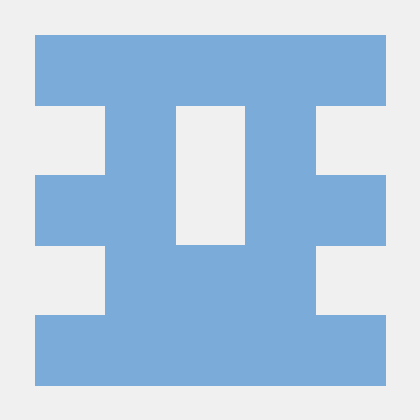 A small utility for tracking the change in opening and closing of issues in a GitHub repo. This tool can be used to build visualizations for issue triage over time with the hope of motivating closing more issues than are opened.

mdTranslation is a utility to prepare multi-lingual Markdown documents.

Utility library to work with tuples.

Utility library to work with tuples.

Devmode is a project management utility for developers.

xloc A fast, multi-threaded line counting utility written in Rust. What is xloc A drop in replacement for bash's wc -l. Your project has x lines of co

tokio-graceful-shutdown IMPORTANT: This crate is in an early stage and not ready for production. This crate provides utility functions to perform a gr 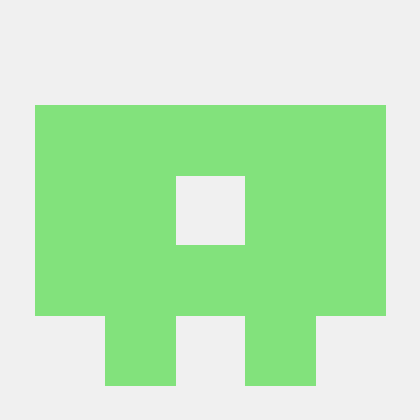 A cli utility written in Rust that allows fetching all the labels of a project, save those as a YAML file

A cli utility written in Rust that allows fetching all the labels of a project, save those as a YAML file that you can easily edit or save as backup and apply a saved preset to new repositories.

aws-login A command line utility to simplify logging into AWS accounts and services. $ aws-login use ? Please select a profile to use: › ❯ dev-read

A rust-based version of the popular dnsgen python utility

ripgen A rust-based version of the popular dnsgen python utility. ripgen is split into two main parts: ripgen: A CLI utility that calls into ripgen_li

Lupus is a utility to administer backups with future integration with rsync. Many other features are either included or planned such as chat bridges using rcon and or parsing the pipe output from programs/games.